Among other things, I pride myself on being a polymath. Since my boyhood in Baltimore, an uber-curiosity and ultra-competitiveness has burned inside me, and I’m accustomed to aiming them at a broad spectrum of ecosystems.

Growing up, we moved around a lot. Every year a new school, a new zip code, so the situation constantly demanded adaptation, improvisation and a hunger for improvement.

I view myself as an extremely versatile athlete, artist, interviewer and forensic investigator of people. My journalist ideal includes someone who deeply studies humans and can credibly and compellingly report on almost any subject.

As a storyteller, I value innovation and illumination of key details that even seasoned professionals tend to miss. To shine a light on something extraordinary that has been hiding in plain sight — there is a visceral and palpable thrill to scoring that kind of discovery.

Two TEDx talks and winning 20+ professional writing awards as a journalist or editor for (among others) The Salt Lake Tribune, Las Vegas Review-Journal and FOX5 News-Las Vegas.

Although I wrote for the school’s daily newspaper, I never took a single journalism class during my undergraduate studies at the University of Maryland. In my particular case, growing up financially poor and right next to subsidized housing projects, meant that earning a college degree delivered more of a confidence boost than anything else — a much-needed psychological stamp of validation that taught me to perform on a bigger stage and excel under pressure.

College certainly isn’t for everyone, but I happened to meet an English professor who believed in me. One semester I signed up for an African American Literature class; after attending a few classes, the professor approached me and said, “You’re in the wrong class.”

I was. But I elected to remain in that class for the rest of the semester, and Prof. Roberta Maguire’s encouragement changed the trajectory of my life.

Up until then — spanning 15 years of prior formal schooling — no teacher had ever pulled me aside and said, “You’re a really good writer.”

Prof. Maguire, herself married to a professional journalist, was the first and only teacher to see special writing talent in me.

“You should audition for the school newspaper,” she said.

I trusted her, and did exactly as she had suggested.

It’s a good feeling to realize that you were one of the first 3,000 Brazilian Jiu Jitsu black belts on the planet.

I’m far from a legend, but I did manage to win three-time IBJJF Masters World championships and more than 260 competition matches (Balancing it with Humble Pie: I lost dozens of competition matches, as well as hundreds of losses in training sessions. But I often remind myself, “You’re defined by your greatest victories, not the number of defeats.”

I mean, nobody walks up to Tom Brady — Mr. I’ve-got-more-Super Bowl-rings-than-I-can-fit-on-one-hand” — and says, “You stink because you lost 60-some games as a pro.”

In my case, every competition loss remains etched in my mind. Every one of them vivid and unforgettable. I cared so much and I trained so hard and the goal is always excellence.

In the early 2000s, I coined the phrase “Fighting is in our DNA,” which went on to become one of the most popular phrases in Mixed Martial Arts.

I later worked closely with Ultimate Fighting Championship, their Editorial, Public Relations and New Media teams, and on special projects with UFC president Dana White. It was a wild and amazing ride that gave me a front row seat to history. I played a small role as we did The Improbable.

I love journalism. So much, in fact, that I used to sleep for a couple hours on the hard concrete floor in the newsroom office, then wake up and keep writing (Diet Coke deserves some credit, too).

When I underwent neck surgery circa 2001 — a titanium plate inserted in my spine to repair herniated discs at the C6/C7 levels — I had surgery on a Friday and was back in the newsroom writing away on Monday.

Endorsement from magazine editor Skip Knowles, a former colleague at The Salt Lake Tribune, after reading a story I sent him for editing and publication: 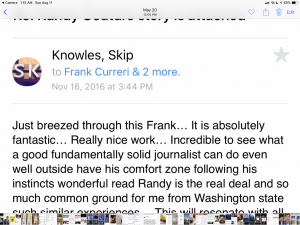 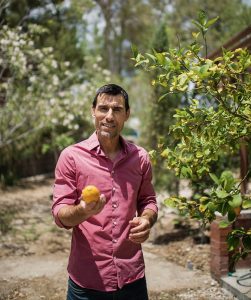 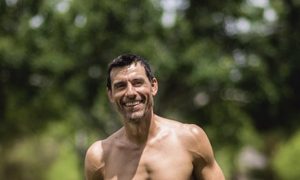