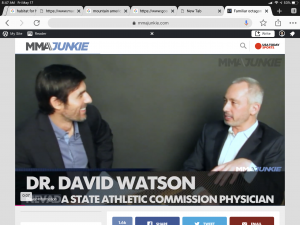 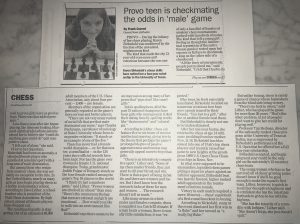 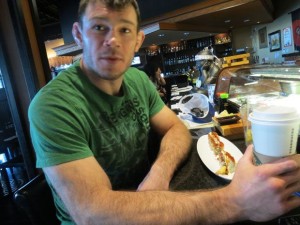 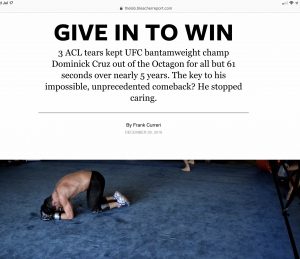 Esports is booming. One Las Vegan’s hard-fought, years-long quest to bring eSports to the live betting capital of the world. 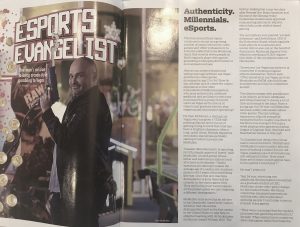 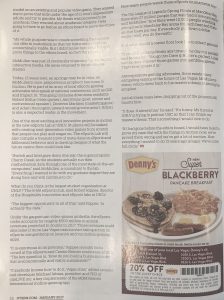 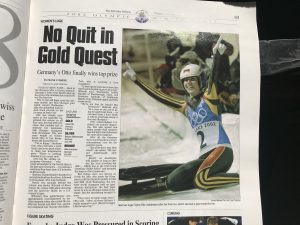 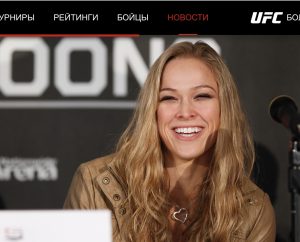 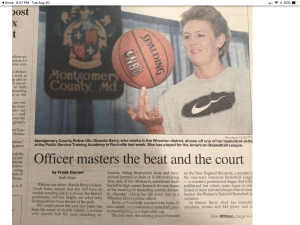 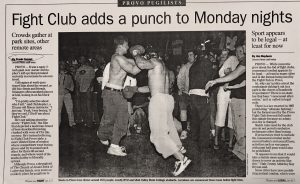 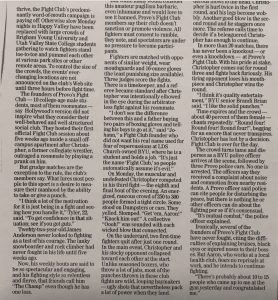 Outside of Las Vegas Outlaws players and coaches, you won’t find many people who expected the first-year franchise to gel and excel this early – sporting a 2-1 record and owning a share of first place in the West Division. Who would have predicted J.J. Raterink, leader of a 3-15 team last year, being on blistering fire and performing at the level of a league MVP?

Yet head coach Aaron Garcia, upon joining the franchise, drafted heavily on the defensive side of the ball and brought in players who embodied the hard-nosed, feisty team he envisioned. It is worth noting that Garcia’s boldest and most controversial move – handpicking journeyman Raterink to be his quarterback – has far and away paid the biggest dividends and looked like pure genius. Garcia and Raterink played together last year for an L.A. KISS team that finished 3-15. Raterink endured his worst season as a pro and his stock dramatically sank. Yet there was Garcia lobbying to lure Raterink to Las Vegas, believing in the veteran signal-caller when few others did.

“I also knew how good JJ was when he played in Iowa (and eclipsed Kurt Warner’s passing records). I think JJ is a very good AFL quarterback who has the potential to be great. And it’s starting to show.”

Indeed, Raterink’s numbers thus far rank among the league’s crème de la crème. Through three games the University of Wyoming graduate has accounted for 777 yards of total offense and 20 touchdowns (second in the AFL). He stands ninth in the league in rushing and leads the second-highest scoring attack in the league.

And get this: Raterink played two games minus the services of arguably his best target, big-play wide receiver Tysson Poots. In Poots’ absence Raterink has spread the ball around nicely and not missed a beat. During last month’s game against the KISS (a 61-48 Outlaws victory), Raterink hit Gerald Young with a touchdown bomb early in the first quarter and went on to throw multiple touchdown passes to Doug Williams, Jomo Wilson and Clint Solomon – and also had a 15-yard toss to 305-pound offensive lineman Terrance Campbell.

“We’ve had really good chemistry and we’ve been mixing up the receivers,” Raterink said. “To see our guys acclimate and adjust so quickly only three weeks into the season is really positive.”

While Gerald Young has mesmerized with his speed and record-setting special teams touchdowns, and Jomo Wilson has been a touchdown machine, the aforementioned Williams had been cut during training camp. The 6’4” Williams rejoined the team prior to the KISS game and led all Outlaws receivers with 101 yards.

“That’s one of the reasons we were very excited to get Tysson from Arizona because he came from a system with a team mentality – where all of the receivers have a role,” said coach Garcia. “It was never about just any one receiver. When we put our team together that’s what we wanted to accomplish.”

The Outlaws so-called “POCO” offense is unique and the only of its kind in the league. It essentially means that Raterink’s receivers are encouraged to improvise on the fly; they can run either inside posts or outside towards the corner. Before snapping the football, even Raterink doesn’t know which of the routes his receivers will run – requiring him to make excellent reads and for his offensive lineman to provide stellar protection.

“Being spontaneous makes it harder for the defense to defend,” Garcia said. “The key is protection from the offensive line. Because there is a lot of uncertainty built into our offense. So far early in the season our offensive line has played excellently and given JJ an extra split second to make a decision, which is longer than he might have had last year playing for LA.”

Q & A profile of UFC legend Randy “The Natural” Couture and his affinity for hunting. Story for Predator Nation magazine.

LAS VEGAS, Nev. – A team was predicted to get blown out at Thomas & Mack arena Saturday night.

Somebody forgot to tell the Las Vegas Outlaws it was them.

The first-year franchise had entered the contest as 19-point underdogs to Arizona yet pounded the three-time defending champs in a heated contest that featured four unsportsmanlike penalties. The amped-up Outlaws were buoyed by near-flawless play from quarterback J.J. Raterink, big plays from their veteran defense, and two hair-raising touchdown returns by Gerald Young that set the crowd into a collective frenzy.

It was a terrible game for Rattlers kicker Jeremy Shelley, who missed two extra points and two field goals. Both field goal misses proved to be huge blows to the Rattlers as Young, the beneficiary of Shelley’s misery, scooped up the football and bolted for separate 52- and 54-yard touchdown runs that could easily merit a spot on ESPN’s Top 10 plays of tonight. Young’s 54-yard scamper early in the fourth quarter stretched the Outlaws lead to 56-47.

In the first-ever meeting between division rivals, Young proved the difference-maker. His scintillating gallop as time expired in the first half gave the feisty Outlaws their first lead of the game, 35-34, a lead they would never relinquish.

The unlikely win, which caused Outlaws owner Vince Neil to repeatedly break into dance and high-five anyone in sight, showed the team of thrown-together veterans are quickly buying into head coach Aaron Garcia’s ‘Win Now’ philosophy.

“Coach just said before the game, ‘To get to where we want to be … we’re going to have beat the top teams. So we have to beat them because they are where we want to be,’” said Outlaws quarterback J.J. Raterink, who finished the game with 5 touchdowns and 201 yards passing despite his most explosive playmaker, former Arizona wide receiver Tysson Poots, sitting out the game due to injury.

All the way up until the game’s final minute you couldn’t resist feeling that the Rattlers and reigning league MVP Nick Davila were going to mount a rally and somehow kill the Outlaws fairy tale victory. But the Outlaws repeatedly did just enough to tame the three-headed monster of Davila, 6’7” receiver Markee White (who scorched the Outlaws for 5 touchdowns) and 275-pound fullback Mykel Benson, who finished with 58 total yards and rumbled for two touchdowns. 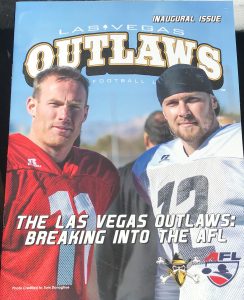 Interview with Aaron Garcia: “The Brett Favre of the Arena Football League” (AFL) and the only AFL player to never play in the NFL yet still be inducted into the NFL Hall of Fame: 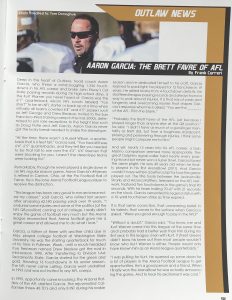 “The Dangling Carrot for many Arena Football League Players” 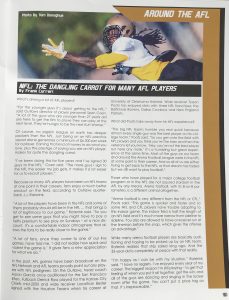 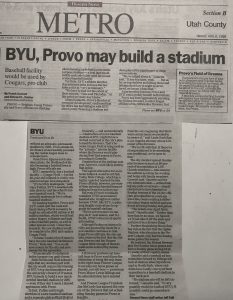 SCOOP: Broke the story about Utah’s second-largest city negotiating with an affiliate of Major League Baseball’s Milwaukee Brewers to relocate the rookie league franchise to Provo. Wrote a series of stories and traveled with a colleague to Helena, Mont., to get locals’ sentiments about what the Helena Brewers mean to their charming city of roughly 28,000. Best of all: Confirmed that if the “Brewers” — thusly named in honor of beer — move to predominantly teetotaling Provo then fans can expect a logo and name change! 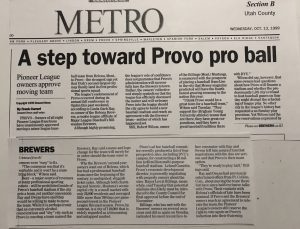 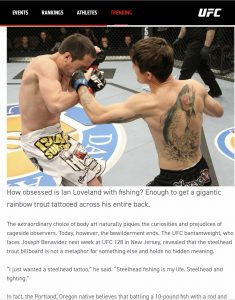 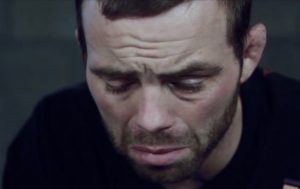 “The Cemetery Life: Richard Abraham and the Power of ‘Here Lies An Unknown Soldier”” 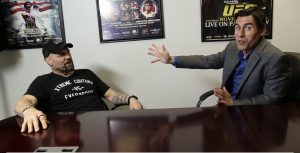 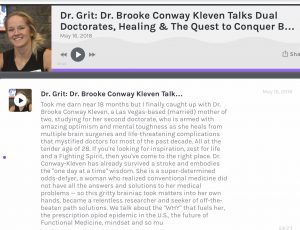 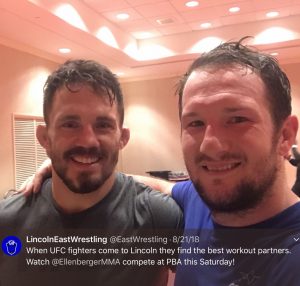 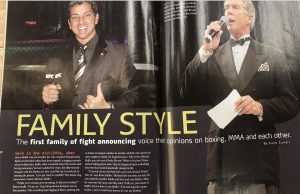 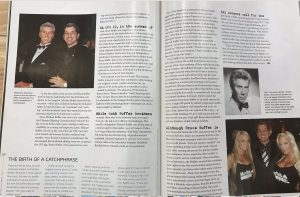 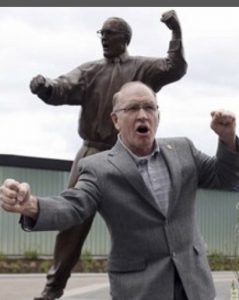 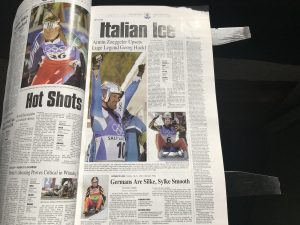 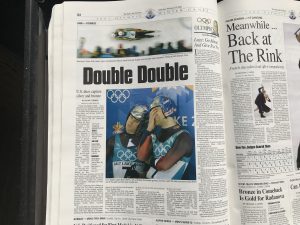