Frank was one of the first 3,000 humans in history to earn a black belt in Brazilian Jiu Jitsu; he is a three-time gold medalist at the IBJJF Masters World Championships, has won more than 260 competition grappling matches, and was previously ranked No. 1 in the world for his age group (36+ years).

Highlights for Frank’s competition career include: 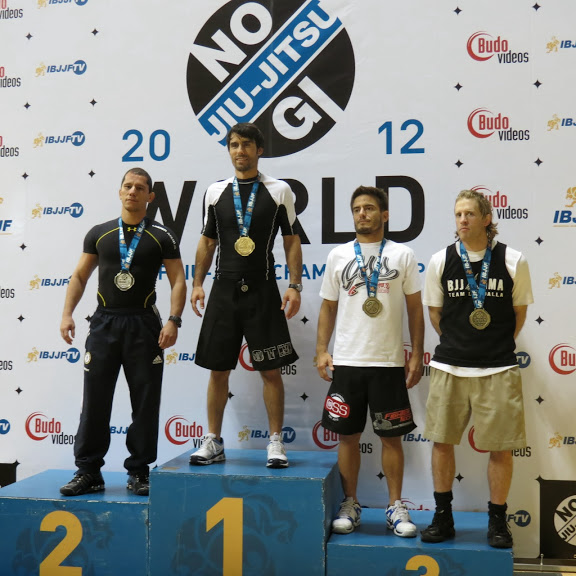 Frank began training Brazilian Jiu Jitsu in 2001 under Prof. Pedro Sauer, earning his blue belt from the world-renowned instructor. A year later, Frank relocated to Las Vegas for work and began studying with Amilcar Cipili (a black belt under Rigan Machado at the time). Frank eventually started training with Robert Drysdale and was awarded his black belt in June 2010 after placing third at the IBJJF Gi World Championships in the adult division at 38 years old and is proud that he has never used a steroid, PED nor Human Growth Hormone in his life.

Frank attended the University of Maryland, practiced with the college’s Division I wrestling program, but his wrestling career was cut short by a major surgery on his right leg that left a thick 27-inch scar down his leg (see picture of scar below).

In 2016 Frank delivered a TEDx Talk titled “Building a Better World With Brazilian Jiu Jitsu,” sharing the stage with UFC champion Miesha Tate (My TEDx Talk can be viewed at https://www.youtube.com/watch?v=M1S9XKB4uI4 ).

Frank’s commentaries and credentials include:

Below: Giving a TEDx talk at the University of Nevada-Las Vegas featuring UFC champ Miesha Tate

Picture Below: Teaching at kids class in Las Vegas

Below: Featured on the cover of a Las Vegas magazine, talking about “Building a Better World With Brazilian Jiu Jitsu.”

CONFIDENTIAL INFORMATION
This entire document, its chain, and any attachments: (a) may include proprietary information, trade secrets, confidential information and/or other protected information (“Confidential Information”) which are hereby labeled as Confidential for protection purposes, (b) is sent to you in confidence with a reasonable expectation of privacy, (c) may be protected by confidentiality agreements requiring this notice and/or identification, and (d) is not intended for transmission to, or receipt by unauthorized persons.