As one native Fin emphasized to me, “Humility is a big value here; we are like the Japanese of Europe.”

Pleasant place, strikingly low-key and understated. The quiet, live-and-let live Fins apparently opt to let the land’s natural beauty, bountiful waterways and abundant lush greenery speak for themselves — and I found myself somewhat hypnotized by that super-chill rhythm and charm.

At times, walking the streets of Helsinki in the early morning hours — a lake right across the street from my hotel — it was as if I had the city all to myself. 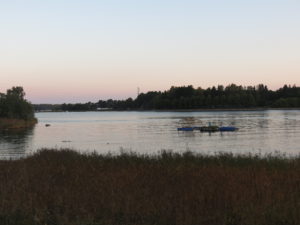 In any other city at 7 a.m. on a fall Sunday, serenaded by sunny skies and the warmest 51 degrees I’ve ever felt, I likely would have encountered fellow walkers at the lake. But on this day at the lake I did not — although in the distance I spotted a bodacious stranger who chose to be WATER SKI-ING at 7 a.m. on a Sunday.

Also jumping to mind: I didn’t see a single homeless person my entire time in Finland and we drove a lot through the downtown area and walked some of it. I found this to be rather extraordinary and locals told me there is relatively little homelessness in Finland.

Helsinki feels incredibly safe. Even when you’re walking the downtown streets alone at 2 a.m. it never feels like you need to keep your antenna up or someone might rob or try and pickpocket or purse snatch (locals echoed that sentiment in conversations); 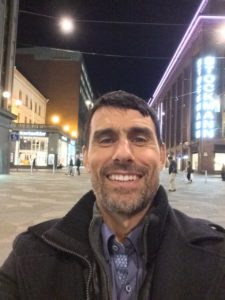 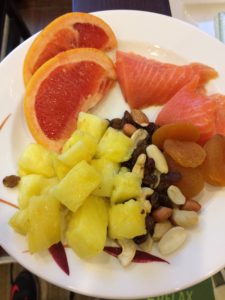 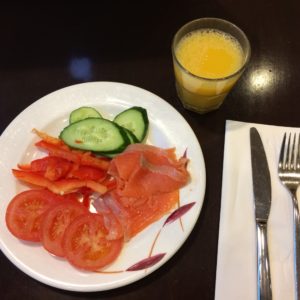 FASCINATING FACTOIDs: The Fins are the Number One consumers of milk and dairy per capital in the world and there is evidence to suggest the Fins have been ingesting milk-based products for more than 4,500 years (source: University of Bristol, University of Helsinki).

Yep. So, while my Hawaiian Jiu Jitsu teammates aptly nicknamed me “The Organic Tank” for my obsession with Organic products and my conscientious and ultra-disciplined eating habits, and though I hold pasteurized and processed milk in very low regard thanks to how disgustingly it tends to be prepped in the U.S. (and also because I don’t think humans need cow milk and certainly don’t have a relatively long track record of doing so, hence the epidemic of lactose intolerance) … despite my general anti-milk disposition (I might consume a high-quality yogurt every once in a blue moon for its probiotic benefits) …

But anyway, so I’m in Finland The Milk Capital of the World and, for the sake of ForzaFit Nation, and to do justice to my clients and to always remain open-minded and to live just a little bit every now and again … I was determined to at least sample some yogurt, dabble in some dairy butter, and even daringly dashed for some brie cheese (a softer, meltier cheese named and popularized by the French). 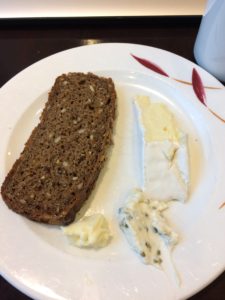 Yes, folks, sometimes you indeed must TAKE ONE FOR THE TEAM. See what all the fuss is about. See for yourself — rather than read and guide your entire life by what “Science Says” or what so-and-so “Expert” decrees … sometimes you just gotta test and judge and experience for yourself.

My big question was: Do the Fins prepare their dairy and milk differently than we tend to in the U.S.? Superior soil? Better climate? And does that mean healthier milk? Or is it simply a case of them being milk drinkers longer than almost every other nation — a few thousand years — and so their bodies are better adapted to milk and dairy with a much lower rate of lactose intolerance and associated milk-induced maladies? 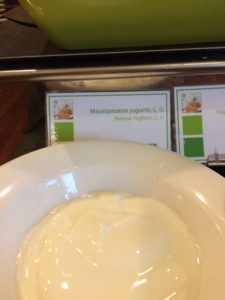 One of the amazing things about Finland — the longest names in the world are assigned to everything. The word for milk is 20 letters long. I’m kidding, but you get the point.

Well, unfortunately, another trip to Finland down the road is in order to better answer all of those questions.

But anecdotal counts …. and my vote, my palate and my gastrointestinal tract, informed me that A) Finnish butter is super creamy, light and tasty and B) their Bree cheese and yogurt is no joke either! You will have to look very hard to find that kind of quality here in the U.S. — and remember I was at a Holiday Inn complimentary breakfast so this might have been Finland’s run-of-the-mill dairy which STILL blows the pants off 99 percent of any dairy I’ve ever sampled in the states. No distressed stomach whatsoever after. 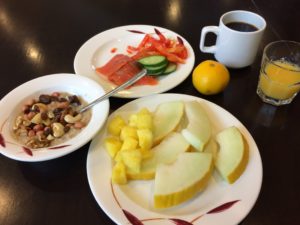 Now, does this mean I’ve changed my opinion of dairy? Nope. Other than products like ghee butter, which is extracted from milk, and other than a once-in-a-blue moon yogurt for probiotic benefit, I’m still not high on any dairy as a path to peak health and performance. But every time I go to Finland I might nibble on a little dairy … you know, when in Finland do as the Fins do.

For good measure, couple of pics from my ventures walking about: 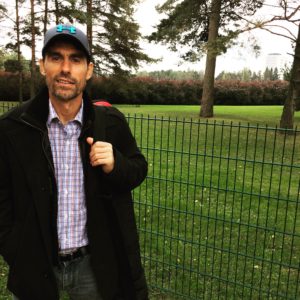 Adventures in Finland. Forza roams the land of Fins 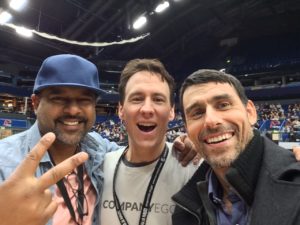 Every day in Finland we ate like kings and queens — and this was hotel’s COMPLIMENTARY BREAKFAST! Wild caught Salmon on the house. Unbelievable. Only in Finlandia! 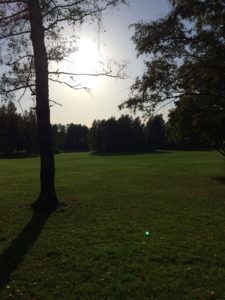 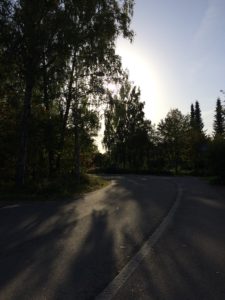 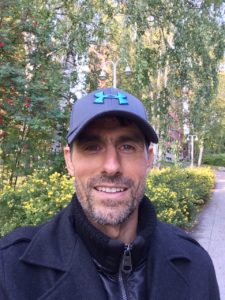 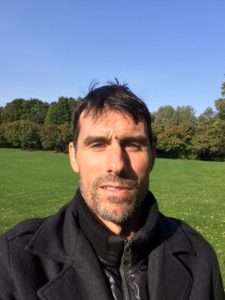 Once again — the countryside all to myself on a Saturday afternoon. Peaceful as it gets.